Billions deprived of the right to water 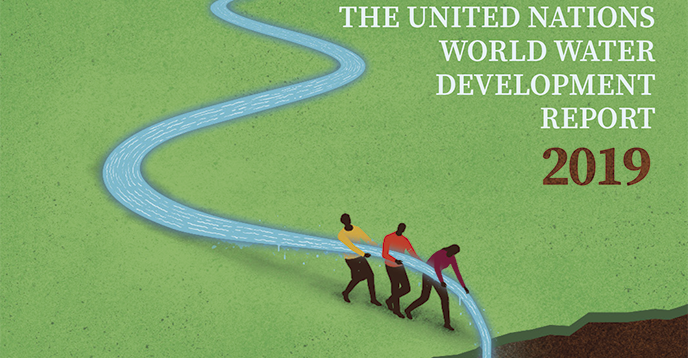 Access to water and sanitation is internationally recognized human right. Yet more than two billion people lack even the most basic of services. The latest United Nations World Water Development Report, Leaving No One Behind, explores the symptoms of exclusion and investigates ways to overcome inequalities. The report will be launched in Geneva, Switzerland, on 19 March during the 40th Session of the Human Rights Council, ahead of World Water Day (22 March).

Yet, despite significant progress over the past 15 years, this goal is unreachable for much of the world’s population. In 2015, three in ten people (2.1 billion) did not have access to safe drinking water and 4.5 billion people, or six in ten, had no safely managed sanitation facilities. The world is still off track in achieving this important goal.

“Access to water is a vital right for the dignity of every human being,” declared UNESCO Director-General Audrey Azoulay. “Yet, billions of people are still deprived of this right. The new edition of the UN World Water Development Report shows that collective determination to move forward and efforts to include those who have been left behind in the decision making process could make this right a reality.”

“The numbers speak for themselves. As the Report shows, if the degradation of the natural environment and the unsustainable pressure on global water resources continue at current rates, 45% of global Gross Domestic Product and 40% of global grain production will be at risk by 2050. Poor and marginalized populations will be disproportionately affected, further exacerbating already rising inequalities […] The 2019 Report provides evidence of the need to adapt approaches, in both policy and practice, to address the causes of exclusion and inequality,” said Gilbert F. Houngbo, Chair of UN-Water and President of the International Fund for Agricultural Development.

Wide disparities between the rich and the poor

These figures hide significant disparities. On a global scale, half of the people who drink water from unsafe sources live in Africa. In Sub-Saharan Africa, only 24% of the population have access to safe drinking water, and 28% have basic sanitation facilities that are not shared with other households.

Significant discrepancies in access exist even within countries, notably between the rich and the poor. In urban areas, the disadvantaged housed in makeshift accommodations without running water often pay 10 to 20 times more than their neighbours in wealthier neighbourhoods for water of similar or lesser quality purchased from water vendors or tanker trucks.

The right to water, the report’s authors explain, cannot be separated from other human rights. In fact, those who are marginalized or discriminated against because of their gender, age, socio- economic status, or because of their ethnic, religious or linguistic identity, are also more likely to have limited access to proper water and sanitation.

Almost half of people drinking water from unprotected sources live in Sub- Saharan Africa, where the burden of collecting water lies mainly on women and girls, many of whom spend more than 30 minutes on each journey to fetch water. Without safe, accessible water and sanitation, these people are likely to face multiple challenges, including poor health and living conditions, malnutrition, and lack of opportunities for education and employment.

Refugees and internally displaced people are often face severe barriers to the access of water supply and sanitation services and their numbers are higher than ever before. In 2017, conflicts and persecution forced 68.5 million people to flee their homes. Moreover, an annual average of 25.3 million people are forced to migrate because of natural disasters, twice as many as in the early 1970s – a number expected to raise further due to climate change.

Inclusive policies are needed to achieve Sustainable Development Goal 6. They are also needed to defuse conflicts between different water users. In a context of increasing demand (1% yearly increase since the 1980s), the Report observes a significant rise in water-related conflicts: 94 from 2000 to 2009, 263 from 2010 to 2018,

The Report demonstrates that investing in water supply and sanitation makes good economic sense. The return on investment is high in general and for the vulnerable and disadvantaged in particular, especially when broader benefits such as health and productivity are taken into account. The multiplier for the return on investment has been globally estimated at two for drinking water and 5.5 for sanitation.