CALL FOR PROPOSALS: THE MAN AND THE BIOSPHERE (MAB) YOUNG SCIENTISTS AWARD 2019 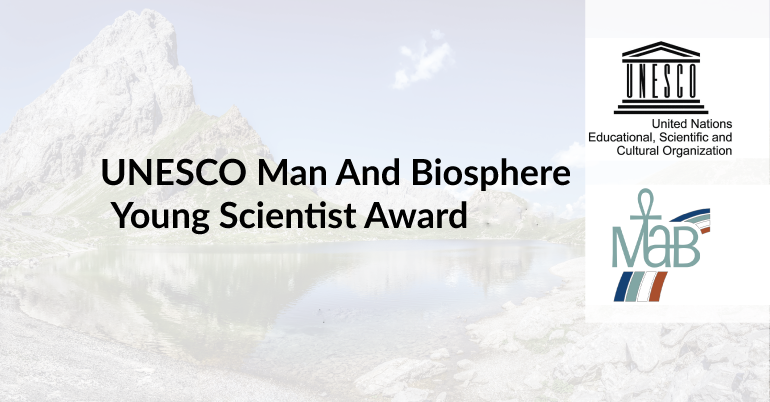 The Man and the Biosphere (MAB) Young Scientists Award is a research award introduced by UNESCO to encourage young scientists to research into issues relating to Biosphere Reserves.

Applications are invited from young scientists who are 35 years or below for the 2019 Awards.

The objectives of the Award are to:

The awards are set at a maximum of US$5,000 for research to be completed within 2 years. proposals must contain concise information on past and existing research in areas concerned in order to present linkages and avoid duplication and financing of projects already carried-out.

Priority will be given to interdisciplinary projects carried out in Ghana’s biosphere reserves: Bia in the Western Region, Songor in the Greater Accra Region and Lake Bosomtwe in the Ashanti Region. Proposed projects must contribute to the implementation of the Lima Action Plan (LAP) for Biosphere Reserves and the Sustainable Development Goals (SDGs). In this regard, applicants shall identify in their proposals how their research contributes to the research-related actions of the LAP and to the SDGs. Female candidates are particularly encouraged to apply.

The application forms are available at the Environmental Protection Agency (EPA) or may be downloaded from the UNESCO-MAB website.

Information on the Bia, Songor and Lake Bosomtwe Biosphere Reserves and the MAB Programme can be obtained from the Wildlife Division of the Forestry Commission, the Water Resources Commission Pra Basin Secretariat- Kumasi and the EPA Headquarters Room 407.

All research proposals and completed forms should be endorsed by the heads of candidates’ institutions and forwarded to the following address not later than Wednesday, October 31, 2018: