CELEBRATION OF THE WORLD RADIO DAY 2022. 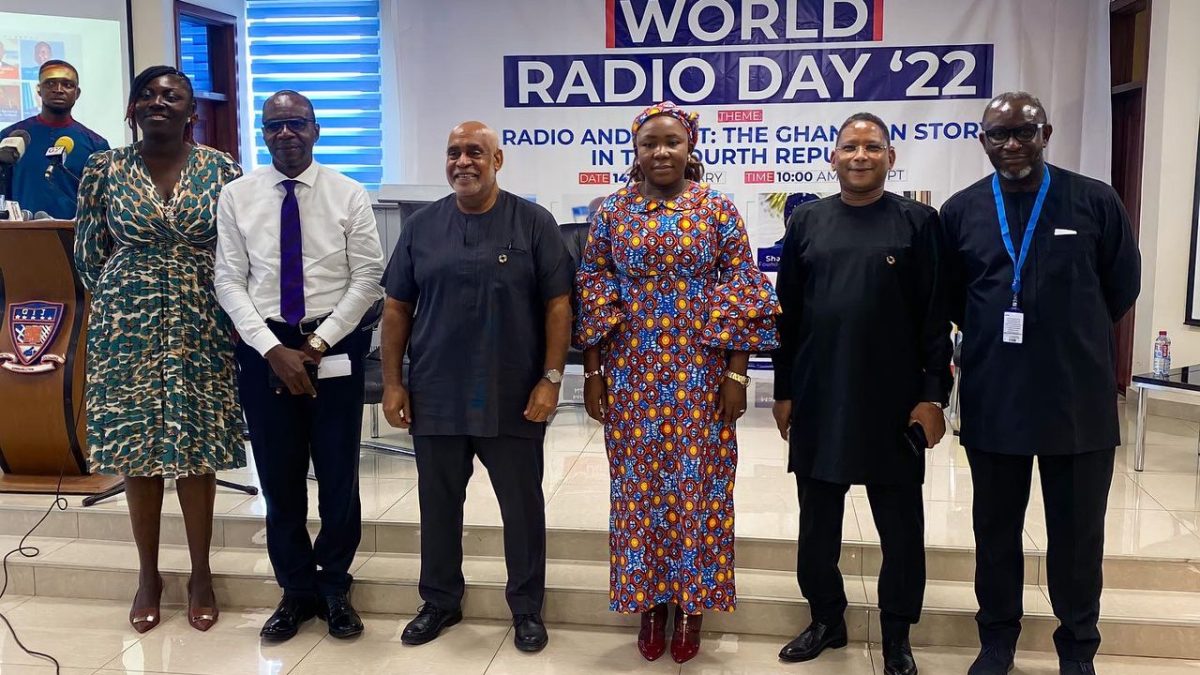 On the 14th of January 2022, the Ghana Institute of Journalism, in partnership with the Ghana Commission for Unesco, the Ghana Journalist Association, and Unesco Ghana, commemorated World Radio Day 2022  at the GIJ auditorium North Dzorwulu.

The event was divided into two halves, with the first featuring keynotes and solidarity messages from speakers and the second featuring a panel discussion.

Mrs. Fatimatu Abubakar, the Deputy Minister of Information, On the theme “Radio and Trust,” recommended journalists to critique while being ethical, as the two concepts need not be mutually exclusive. She went on to say how important it is for journalists to spread the truth, as well as reliable and accurate information, in accordance with ethical journalism’s essential principles. She then cautioned civil society organizations not to be biased in their public statements, but to be as forthright as possible.

There were solidarity messages from the partners including the Ghana Commission for UNESCO’s where the Secretary-General of the Commission, Mrs. Ama Serwah-Nerquaye Tetteh, urged stakeholders not to relent in their efforts to improve radio trustworthiness, while the UNESCO Ghana Country Representative, Mr. Abdourahmane Diallo, echoed the message from the Unesco Director-General, Ms. Audrey Azoulay, who said that radio can inspire trust if we make it our own. Mr. Affail Monney, president of the Ghana Journalist Association, stated that it is the responsibility of media practitioners to clean the airwaves of all uncertain and unaccepted ways of operating, and Mr. Charles Abani, UN country representative, also advised journalists to adopt innovative ways in their duties because radio is powerful and affects the lives of its listeners.

A panel discussion with media experts, including Joshua Tigo, Adom FM’s programs manager, Shemima Muslim, AWMA’s founder, lawyer, and lecturer Zakaria Tanko, and Mawuena Azumah, the news editor for radio universe, as well as student journalists, concluded the day. During the conversation, it was suggested that, to sustain faith in radio, newsrooms should be varied, and materials should reflect our society, as young people’s enthusiasm and passion dwindle as social media takes over. It was proposed once again that the journalistic sector be controlled to prevent the unethical behavior that we are seeing.

This year marked 11 years since the idea was adopted by the United Nations General Assembly as an International Day “The theme for this year’s World Radio Day is “Radio and Trust”.