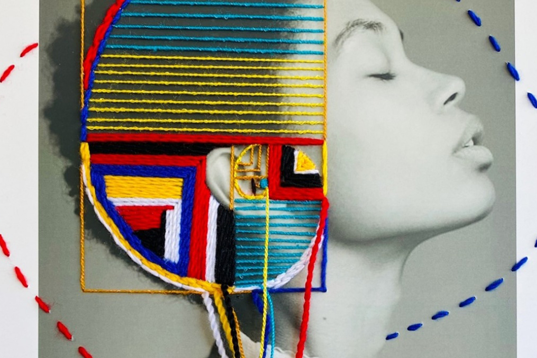 Paris, 21 December—UNESCO has assessed the measures taken by governments to respond to the impact of the COVID-19 crisis on culture professionals and on the sector as a whole, an impact which appears to be more severe than previously assumed, according to data collected by the Organization and contained in a new policy guide.

In the film industry, it is estimated that ten million jobs will be lost in 2020 (1), while one third of art galleries are estimated to have reduced their staff by half during the crisis (²). A six-month closure could cost the music industry more than $10 billion in lost sponsorships (3), while the global publishing market is expected to shrink by 7.5% due to the crisis caused by the pandemic(4).

Responding to the crisis, which has led to the closure of a great many cinemas, theatres and bookshops and deprived artists of professional opportunities, UNESCO has developed tools for decision-makers published as a police guide entitled Culture in Crisis: A Policy Guide for a Resilient Creative Sector. The document is both a practical guide to help governments address the challenges artists and cultural professionals are facing during the pandemic, as well as offering advice on how to strengthen the resilience of the creative industries in the future.

“The sector, which accounts for 30 million jobs, is struggling to survive and needs our help. Culture has helped us out of the crisis. Now we have to help culture and support the diversity to which culture owes its strength.” – Audrey Azoulay, Director-General of UNESCO

Artists are often employed informally and are left behind. Women, who hold a higher proportion of precarious jobs in the arts and culture sectors, are particularly vulnerable to social and economic insecurity. UNESCO which promotes targeted actions to achieve gender equality in these sectors, presents 15 key measures to address the impact of COVID-19 on the cultural sector.

The guide presents the three main types of actions taken by governments around the world: direct support to artists and cultural professionals, indirect support to cultural and creative industries, and strengthening the competitiveness of cultural and creative industries. For example, Uruguay and Zimbabwe have established funds to support artists, the Philippines have provided individual financial assistance to hundreds of cultural workers affected by quarantine restrictions, while Germany and the United Arab Emirates have commissioned and purchased works of art as a form of relief and income generation for artists.

“Not only must we support culture financially and politically, we must also give it a place at the political negotiating table,” said theatre director Omar Abiazar at the UNESCO ResiliArt Lebanon webinar of 10 September.

Since the pandemic hit, concerts and festivals have been taking place online. While research shows that COVID-19 has accelerated this change, according to one estimate, reducing to three months developments that would otherwise have taken five years; according to one estime, the UNESCO guide recalls that some 46% of the world’s population have no access to an internet connection (5), depriving almost one in two individuals of access to arts and during confinement.

In response to the pandemic, UNESCO launched a global monitoring exercise to assess, among other things, the impact of COVID-19 on the cultural sector, with a tool in the form of a weekly bulletin entitled “Culture & COVID-19: impact and response.” The Organization also facilitated a global conversation between professionals and artists, with more than 220 ResiliArt debates in over 75 countries, including consultations with ministries of culture, civil society and the private sector. All of these formed the basis of the guide for decision-makers.