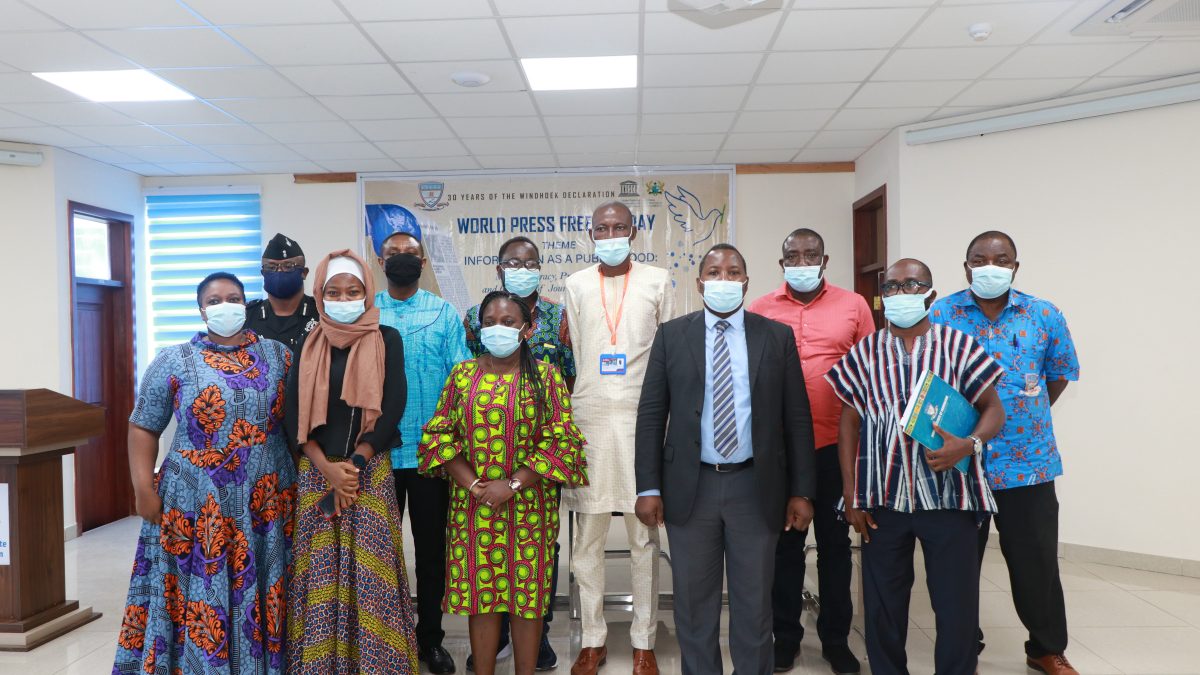 On the 29th of April, 2021 the Ghana Commission for UNESCO in collaboration with Ghana Institute of Journalism held a National Stakeholders Forum to commemorate World Press Freedom Day 2021.

Speakers at the forum called on the Government to create an enabling environment for journalists to work. The forum was attended by journalists, students and other stakeholders in the media fraternity. The Vice President of Ghana Journalists Association (GJA), Mrs. Linda Asante-Agyei, underscored the importance of information in the day-to-day activities of the Ghanaian people. She also pointed out that there is a lot to do in the media space and GJA will continue to drum home the message of letting the media be professional and abide by the code of ethics of the profession and also added that with constant training the media will make it to the top.

Speaking at the forum also was Mr. Manasseh Awuni Azure, a freelance journalist, who suggested that for Ghana to have a free press, leaders of the various political parties should preach to their followers and also, we should continue with the advocacy for police to investigate and persecute those who threaten journalists.

The Secretary-General of the Commission for UNESCO, Mrs. Ama Serwah Nerquaye-Tetteh  in her speech also said promoting information as a public good is necessary to ‘build back better’ in the post-COVID world and a value that strongly supports with the UN Sustainable Development aspiration to advance “public access to information and fundamental freedoms” (SDG 16.10) and it constitutes the new normative context to highlight free, pluralistic and independent journalistic as a springboard for progress. She also added that as we advocate for extended freedom, our journalists must be guided by the ethics of their profession.

In December 1993, the UN General Assembly proclaimed World Press Freedom Day, following the recommendation of UNESCO’s General Conference. Since then, on 3 May, the anniversary of the Declaration of Windhoek is celebrated across the world as World Press Freedom Day. The 2021 commemoration coincides with the 30th anniversary of the Windhoek Declaration for the Development of a Free, Independent and Pluralistic Press, that is being celebrated from 29th to 3rd of May in the Namibian capital.