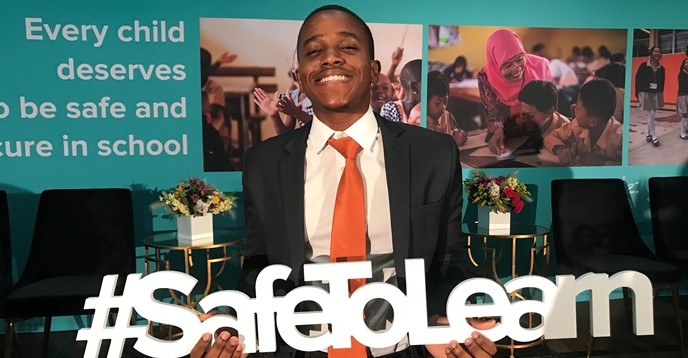 UNESCO placed learner well-being at the heart of education at a Safe to Learn Leaders Event on 15 July, during the High-Level Political Forum in New York. Joining senior leaders from governments and UN agencies from across the world, UNESCO underscored its commitment to addressing all forms of school violence and bullying.

Violence in educational settings is a daily reality that denies millions of children and young people the fundamental human right to education. Almost one in three students (32%) has been bullied by their peers at school at least once in the last month and a similar proportion is affected by physical violence, according to UNESCO’s Behind the Numbers report. This has a significant effect on students’ mental health, quality of life and academic achievement.

Speaking at the Safe to Learn event, UNESCO Assistant Director-General for Education, Stefania Giannini, outlined its approach to ending the crisis. “We have established a specific objective of addressing violence and bullying in schools as part of UNESCO’s new initiative,  Our Rights, Our Lives, Our Future, reaching 20 million children and young people in 31 Sub-Saharan Africa countries,” Ms. Giannini said.

“We will also support targeted and intensified support in a dozen focus-countries to support ending school violence, and we are launching a new study on the role of teachers in addressing school violence and bullying. Further, as part of the G7 and UNESCO meeting in France this July, Ministers of Education agreed to support the adoption of a new UNESCO international day against bullying and cyberbullying.”

Safe to Learn is a five-year initiative to end violence in schools by 2024(link is external). It works by bringing together partners from the education, child protection, and violence-prevention communities, ensuring that these groups connect their efforts and build on each other’s strengths to make schools safer. UNESCO is an official partner in the Safe to Learn campaign and a member of the Global Partnership to End Violence Against Children.

The Safe to Learn event was co-hosted by Henrietta H. Fore, UNICEF Executive Director and Board Chair of the Global Partnership to End Violence Against Children, and Martha Delgado, Deputy Minister for Multilateral Affairs and Human Rights in Mexico. It featured high-level speakers including the Minister of Women’s Empowerment and Child Protection from Indonesia, Dr Yohana Susana Yembise, Permanent Secretary at the UK Department for International Development, Matthew Rycroft, UNICEF Youth Advocate from Jamaica, Charles Young, CEO at the Global Partnership for Education, Alice Albright, and Global Director for Education at the World Bank, Jaime Saavedra.

The commitments made at the Safe to Learn event were far-reaching, including a US $5 million contribution to the End Violence Fund by the UK Department for International Development (DFID), and concrete plans by Ghana, Mexico, Oman and the Republic of Indonesia to protect learners in schools. UN and multi-lateral agencies, non-government organisations and civil society promised accelerated support to reduce school violence, including from Education Cannot Wait, Global Partnership for Education, Civil Society Forum, World Bank, World Council of Churches, World Vision and the UN Special Representative of the Secretary-General on Violence Against Children.