International Day Against Violence and Bullying in Schools, Including Cyberbullying. 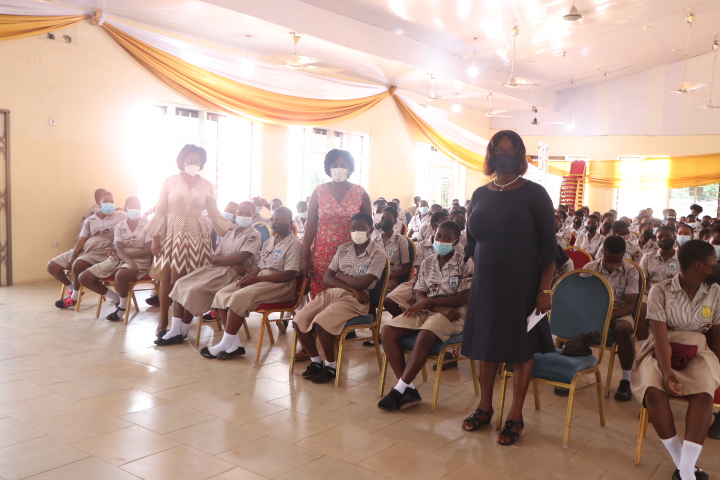 Recently, there have been reports circulating all over the media elaborating on the increased amount of violence against students, teachers, and school properties. From the burning of the boys’ dormitory at Nyinahini Catholic SHS in the Ashanti region to the bullying splurge at Konongo Odumase SHS that led to the death of a 15year old form one student, increasing the statistics of death due to violence in schools.

A recent UNESCO report revealed that more than 30% of the world’s students have been victims of bullying, estimating that one out of every three students has been bullied. Physical bullying takes the lead as the most prominent form of school violence with physical appearance and tribe as the top two reasons for bullying and cyberbullying in schools. The recent COVID-19 pandemic has forced schools to move a percentage of their class activities online tagging bullying along with it in a form of cyberbullying.

UNESCO member states in 2019 declared the first Thursday of November every year as a day to create awareness on the issue, recognizing that violence and bullying in schools, including cyberbullying, is an infringement of children and adolescents’ rights to education, health, and well-being. With this year’s theme being ‘‘Tackling cyberbullying and other forms of online violence involving children and young people”

The outreach gave students the opportunity to speak out and share their definitions, opinions, and experiences on the topics under discussion, and also acknowledge that teachers may be victims of school violence, bullying, and cyberbullying. A whole-school approach in intervening, preventing, and addressing violence in schools was discussed, cautioning headteachers of the various schools, teachers, and other school staff to recognize their importance in curbing school violence. Sexual violence was a key form of school violence that was also elaborated by recognizing the characteristics and forms it may take.

UNESCO calls upon its Member States, UN partners, other relevant international and regional organizations, as well as civil society, including non-governmental organizations, individuals, and other stakeholders to help promote, celebrate, and facilitate the international day Against Violence and Bullying in Schools, Including Cyberbullying, and their resolve to keep to their pledge to be anti-bullying campaigners.