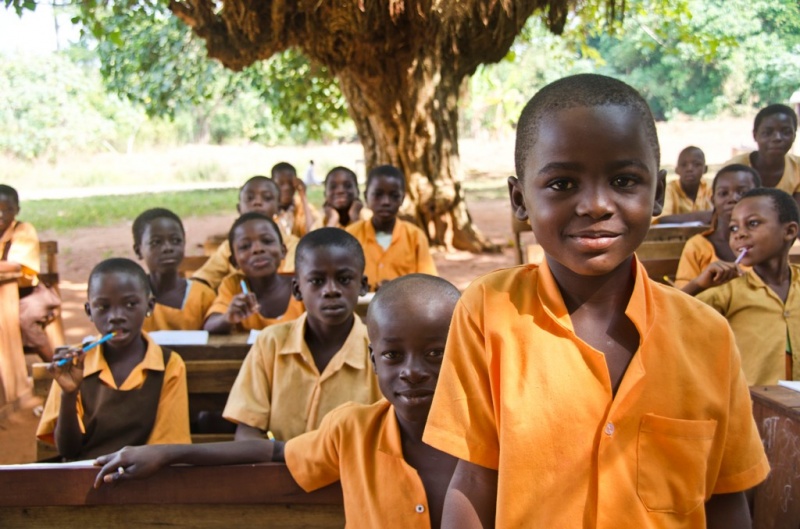 Even though studies have shown that global poverty can be more than halved if all adults completed secondary school, the number of people dropping out of secondary school is rising and it is worse in sub-Sahara Africa.

A new UNESCO Institute for Statistics (UIS) study shows that there are persistently high out-of-school rates in many countries, making it likely that completion levels in education will remain well below target for generations to come.

The new analysis on education’s impact on poverty by UNESCO’s Global Education Monitoring (GEM) Report team is based on the average effects of education on growth and poverty reduction in developing countries from 1965 to 2010. It shows that nearly 60 million people could escape poverty if all adults had just two more years of schooling. If all adults completed secondary education, 420 million could be lifted out of poverty, reducing the total number of poor people by more than half globally and by almost two-thirds in sub-Saharan Africa and South Asia, a press release from UNESCO copied to ghanabusinessnews.com says.

“Six countries are home to more than one-third of all out-of-school children of primary age: Ethiopia, India, Indonesia, Nigeria, Pakistan and Sudan,” it said.

It notes that of the 61 million children of primary school age currently out of school, 17 million will never set foot in a classroom if current trends continue, adding that, this affects one in three children out of school in sub-Saharan Africa, Western Asia and Northern Africa, and more than one in four of those in Central Asia and Southern Asia.

The study titled, Reducing global poverty through universal primary and secondary education, will be released ahead of the UN High Level Political Forum to be held from July 10 to 19, 2017. The Forum will focus on poverty eradication in pursuit of the 2030 Agenda for Sustainable Development (SDGs).

The release cites Irina Bokova, the Director-General of UNESCO as saying: “The new analysis on education’s far-reaching benefits should be good news for all those working on the Sustainable Development Goal to eradicate poverty by 2030, it shows that we have a concrete plan to ensure people no longer have to live on barely a few dollars a day, and that that plan has education at its heart.”

As a matter of fact studies have shown that education has direct and indirect impacts on both economic growth and poverty. Education provides skills that boost employment opportunities and incomes while helping to protect people from socio-economic vulnerabilities. A more equitable expansion of education is likely to reduce inequality, lifting the poorest from the bottom of the ladder, it notes.

Despite education’s potential, the new UIS data show that there has been virtually no progress in reducing out-of-school rates in recent years. Globally, 9 per cent of all children of primary school age are still denied their right to education, with rates reaching 16 per cent and 37 per cent for youth of lower and upper secondary ages, respectively. In total, 264 million children, adolescents and youth were out of school in 2015.

The study while stating that girls in poor countries continue to face particularly steep barriers to education, citing UIS data, it adds that in low-income countries, more than 11 million girls of primary age are out of school, compared to almost nine million boys.

“The good news is that the girls who do manage to start school tend to complete the primary cycle and pursue their studies at the secondary level,” it said.

It argues that education must reach the poorest in order to maximize its benefits and reduce income inequality.

Calling on countries to improve the quality of education, the paper stresses the need to reduce the direct and indirect costs of education for families, indicating that new UIS data confirm that many households still have to bear expenses relating to education, totaling $87 per child for primary education in Ghana, $151 per child in Côte d’Ivoire and $680 in El Salvador.