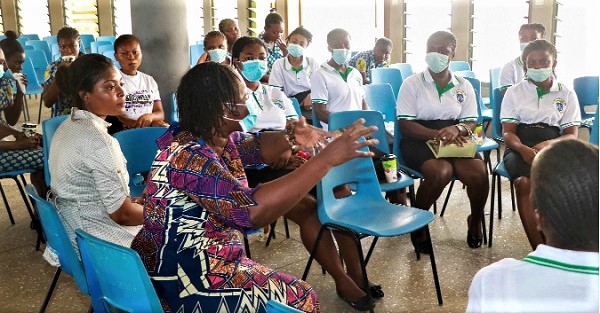 Many international treaties and declarations, as well as conferences and symposia, have been held to discuss the challenges and potential of establishing a world that is safe for women.

In recent years, there has been an increase in worldwide commitment and willingness to address the concerns raised by each of these projects and programmes.

Although the United Nations General Assembly has shown a strong commitment to promoting women’s equality around the world, more needs to be done to establish a safe environment in which women can thrive.

As a result of the preceding, it is vital to construct a peaceful, successful and sustainable world, as well as a stronger gender equality environment in all aspects of Ghanaian society in order to achieve a gender bias free world.

On a global basis, there is little doubt that progress has been made in promoting gender equality, with improved access to education for girls being one significant example.

At this moment, only a small percentage of girls are being coerced into early marriage.

Furthermore, with a global mean of 24.9 per cent, women are well-represented in parliament and leadership positions.

Finally, a number of laws have been enacted to promote equality. In 2022, Ghana established a one-stop DOVVSU centre to serve survivors of gender-based violence with comprehensive justice, psychiatric therapies and other domestic violence help.

As seen by Ghana’s signature of international treaties, the country has a long history of adhering to the protection of women from abuse.

Despite these achievements, discriminatory laws and societal norms, underrepresentation of women in political leadership at all levels, physical and sexual abuse of women, and unstable labour markets for women, etc. all pose challenges to gender equality.

As a result, the 2022 International Women’s Day (IWD) on March 8 was dedicated to honouring women’s and girls’ contributions that are leading the charge in the fight against gender-based violence and creating a more sustainable future for all.

To provide the opportunity to ground and expand upon local and international approaches that build a safer and more inclusive future for all women and girls around the world, the celebration enabled participants to collectively explore how some women succeeded and how young ladies or women, especially students, could be empowered and used elsewhere as change ambassadors to confront new and emerging issues.

In addition, the forum created a space for peer learning and the capacity-building of students.

With the global theme, “Gender equality today for a sustainable tomorrow” and the main theme, “Break the bias”, the IWD 2022 event organized by the Ghana Commission for UNESCO sought to:

• Recognize and celebrate the powerful force of women and girls to lead changes and global progress in all aspects of life.

• Mentor and coach participants on gender equality and women’s empowerment.

In light of this, the Ghana Commission for UNESCO in collaboration with the St. Louis College of Education in Kumasi, the Asante Professionals Club, and the ObaaGoGetter held a forum to honour the day.

The Mpasaaso No.1 Queenmother, Nana Konama Danpon III, who was the guest of honour, emphasized that women could achieve any goal they set for themselves in this world if they endured, learnt and worked hard to overcome any barrier.

She concluded that both women and men should be aware that some tasks or vocations were not suited to one gender over another, and that all barriers should be abolished.

A Chief Programme Officer who represented the Secretary-General of the Ghana Commission for UNESCO, Mr Apollonius Osei Akoto Asare, underscored the importance of concerted efforts to “empower women and girls, so that they can lead the way in establishing a more sustainable world to ensure that women, whether they whisper, speak or act, have a voice”

A Senior Lecturer at the Kwame Nkrumah University of Science and Technology (KNUST) and an expert in Organic and Natural Products Chemistry Dr (Mrs.) Mercy Badu, shared her thoughts on the day, emphasizing collaboration as a critical aspect in overcoming bias and the need for women encouraging each other to achieve greater heights.

She charged both industry and government to communicate the message more clearly and loudly. The News Editor of Kessben TV/FM, a local media organization in Kumasi, Ms Adwoa Kyerewaa, spoke about the need to support other women in order to minimize gender discrimination.

The Founder of ObaaGoGetter, a non-governmental organization, Mrs Josephine Amankwah-Boateng, commented on the importance of the day and advocated a joint attempt to promote women’s equality.