INAUGUARATION OF THE COMMITTEE FOR THE UNESCO INTERGOVERNMENTAL HYDROLOGICAL PROGRAM (IHP). 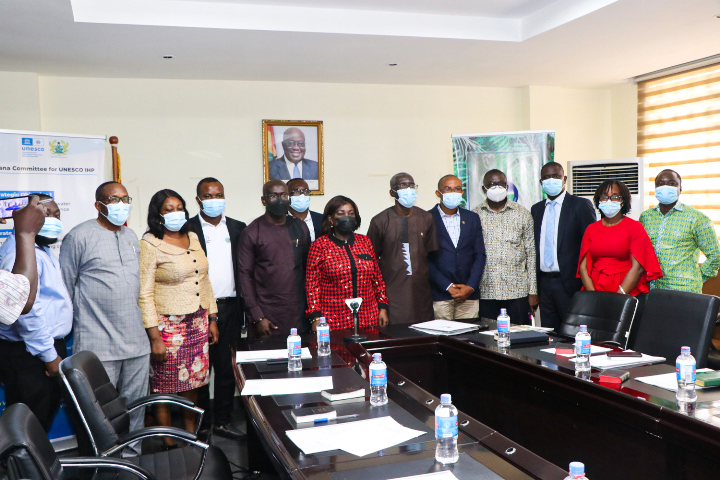 The Ministry of Sanitation and Water Resources on the 12th October 2021 launched a committee for the UNESCO Intergovernmental Hydrological Program (IHP).

The Intergovernmental Hydrological Program was established in the year 1957 as an internationally coordinated hydrological research program and is the only intergovernmental program of the United Nations system that is devoted to water research and management and related education and capacity development.

Mrs. Cecilia Abena Dapaah, Minister of Sanitation and Water Resources, stated at the inauguration that the committee had been inactive for some time and that it was necessary to reactivate it in order to achieve SDG 6 on clean water and sanitation.

The Honorable Minister, also stated the committee will look into causes of water pollution including, natural and trans-border, again she called on the committee to uphold their pledges and work in fulfilling them.

The committee will be chaired by Mr. Ben Yaw Ampomah, Executive Director of the water resources commission.